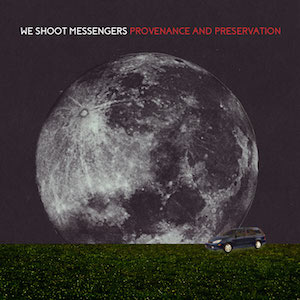 This project started with my good friend Alex Aleksic and I trading lyric ideas while we were each off in foreign lands back in 2009. Feeling isolated while abroad afforded the opportunity to look back, both spatially and temporally. Consequently, these songs meander through memories of adolescence, aimless summers, and the sound of a car stereo in an empty field at midnight.

In the spirit of the album’s name, we have since resisted the temptation to pull these songs apart and reassemble them as though we had composed them now. There are many things we would do differently, but such is life. In the end, we tried our best not to rewrite a past that had already been rewritten.